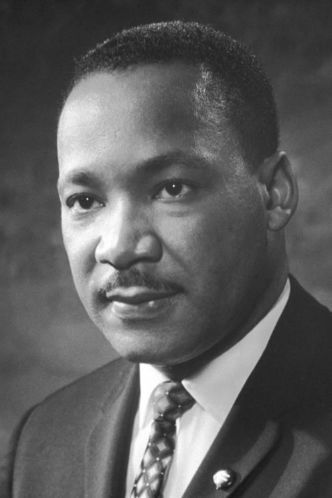 Martin Luther King Jr. (born Michael King Jr.; January 15, 1929 – April 4, 1968) was an American Baptist minister and activist who became the most visible spokesman and leader in the civil rights movement from 1955 until his assassination in 1968. An African American church leader and the son of early civil rights activist and minister Martin Luther King Sr., King advanced civil rights for people of color in the United States through nonviolence and civil disobedience, inspired by his Christian beliefs and the nonviolent activism of Mahatma Gandhi. (Bio from Wikipedia)

“Intelligence plus character—that is the goal of true education.” – Martin Luther King Jr.

Education is key . We encourage you today to keep learning and pushing/surpassing your limits. Having SEL skills in your arsenal can do nothing but help you make progress toward your dreams. Have a great day #DOMinators!